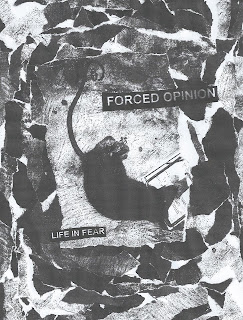 Here's a newer band from Cincinatti that got my attention
quickly ! Raging killer powerviolence from the depths of
Ohio !!!!! Awesome new release ! Not sure if they put out
a Demo, but I can't wait to hear more of these guys ! If
you are a fan of PV/fastcore, this is a definite must !!!!! 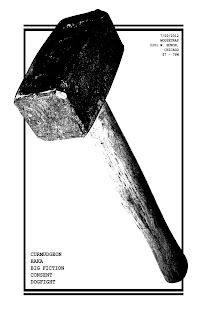 Haka rules !
Read the last post !
Enough said !
Please support the almighty Chicago Hardcore scene,
one of the best scenes in the U.S. !


Posted by OLDSCHOOLMIKE at 7:45 PM 2 comments: 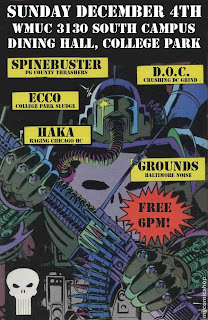 Alright, after some technical difficulties and some personal
issues, we are back in business ! The next 2 posts are Live
Haka sets from 2012. I posted their Tour tape a couple weeks
ago, and i've gotten very good feedback from people about these
dudes ! Also recieved a message from Haka with praise of my blog,
which was very cool also ! Christian from Haka also sent me
all the Live info, making it that much easier to edit their tunes !
Grab this download and the next to come, for Haka is a force to
be reckoned with !!!!! 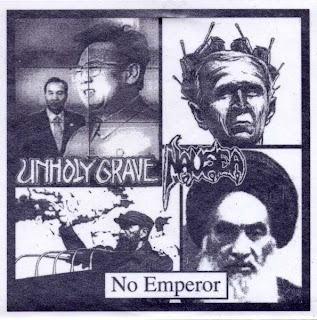 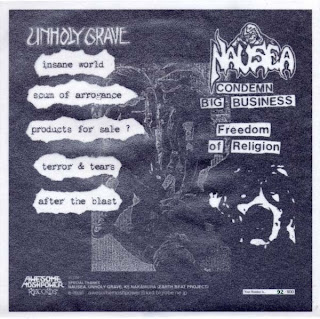 This one was sent to me by my good bud Ganja Grinder from
Slovenia, a true Unholy Grave fan & a serious grinding maniac !
Released in 2005, but not sure when it was actually recorded, this
is a testament to awesome grind/thrash ! Bolt yourself to the ground
before you attempt to push play on this ep !!!!! :) 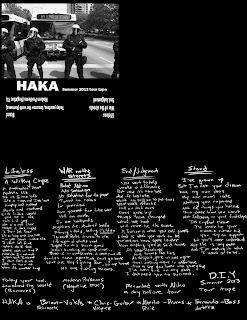 One of my favorite newer bands hailing from Chicago !
Really don't know much about these guys, accept they
put out a killer Demo last year ! Their was rumor of an
LP, but nothing else has been released by the band until
now. This is a Tour tape that is brand new, so i'm
assuming they are Touring somewhere this summer.
Hopefully their is a new release in the works, but in the
mean time, this tape freakin' seriously rules !!!!!
No nonsense angry fast hardcore, with shades of ripping
old 80's HC mixed in. This and the new Snob - Demo
(members of Koszmar, Violent Restitution, and Total War),
are two of my favorite releases so far this year !
Look out for Haka, they might be coming to a town near
you soon !!!!!

New band with my good friend Salvo from the band Elopram,
and also members of the great F.U.G. ! Hopefully they will have a
Demo sometime soon ! Awesome fastcore/powerviolence from
the streets of Palermo ! No track listing yet, hoping they
will unleash their fury on us all as soon as possible, cause
they rule !!!!! 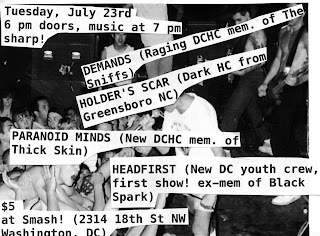 New band from D.C., with my bud Ryan from Frantic Onslaught,
and Warbound on vocals. Also containing members of the new
and great Thick Skin, definitely check them out as well !
http://thickskindc.bandcamp.com/
This is their very first show, Demo will be coming soon !
I highly recommend Paranoid Minds, so keep an eye out,
Demo and more shows to come !