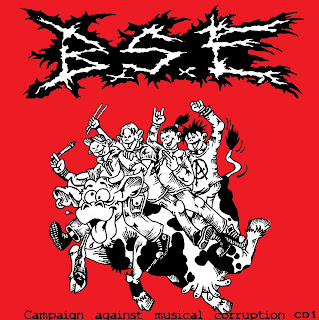 So, here we go ! A couple weeks ago I got a message from Vince of BxSxEx/
All Tensed Up. He's been compiling BxSxEx recordings for a few years now,
i've edited a few sets for him in the past. He found some more recordings recently,
and that prompted him to want to put together a collection of BxSxEx recordings.
I was definitely up for the task, i'm a huge fan of BxSxEx ! So the last 2 weeks,
Vince & I have been passing recordings back and forth, i've been editing last
remaining recordings, and we are done ! There might be a couple more recordings
out there, and if there is, we will add to the collection at a later date. Now I give
you the story of BxSxEx in Vincent's words himself ! 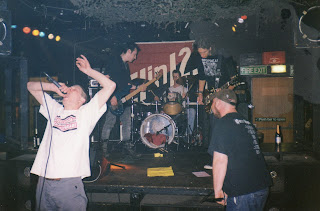 Holy shit! this is it ! The ultimate B.S.E collection, 148 tracks on 2 cd's.
Mike wanted me to write  something about the history of the band so
here it is.


BSE started late 1998 in a shithole in the middle of Holland, with Barend
on bass, Roy on vocals and me on drums. Having problems finding anyone
who wanted to play guitar for us, we asked Brian (a guitarist from some
horrible pop/rock band) if he was up for the job, and he was. Our first
rehearsal was December 5 1998, and our first show was on New Years Eve
at a local squad (without Brian, who had better things to do). We played 6
songs in 5 minutes in front of some old hippies and local punks. The next shows
we did were thanks to the band INSULT, who let us play the last 10 minutes
of their shows. I remember going to Germany and doing our 10 minutes when
INSULT played there with German heroes YACOPSAE, the show was not
what we hoped for. INSULT never got to play because there was a broken
bass amp or something, so we never played. But watching YACOPSAE
destroy the universe, was worth the long ride to Germany ! In the weeks that
followed, Brian began talking about his little brother who wanted to sing in a
band. We didn't like the idea much, because having another Brian in the band
was a scary thought. But slowly Brian talked us into it, and Sanne began doing
guest vocals at some local shows, and ended up being a permanent member.
We recorded a lot of rehearsals, and spread those tapes to anyone who wanted
to have them. Some of the rehearsal songs ended up on compilation tapes.
June 8, 1999 was our first real show outside of Holland. Again we ended up in
Germany, this time to support ASSHOLE PARADE. AP blew us from stage
A.N.S. even beat us playing football (soccer for all you Americans :) How we
lost playing our national sport against some Americans is still something i don't
understand... But we beat them at smoking weed, and that must count for
something :)
In July 1999, we started recording songs for the Wall of Death split ep with
INSULT. Halfway through the recording we had a power failure and we lost
half of the recording session. The split ep was released 1 week after we played
the release party in December 1999. Early February 2000, we recorded songs
for our second ep and some comp songs. The split was supposes to be with
STRONG INTENTION, but that never happened. The compilation also never
got released, so we ended up with a recording, but nothing to release it on. After
the recordings, we kicked out Brian for showing up 2 hours late and wasted at a
show. Within minutes we had Willem Jan (INSULT) as our new guitar player (the
Insult/B.S.E. jam session on this cd is from that night). Summer 2000 we did a one
week tour in the UK with our good friends INSULT. We played with some fucking
great bands ! NARCOSIS, URKO, SAWN OFF,VOORHEES... And the whole
trip was amazing ! After the tour, Barend had enough of playing Live, and left the
band. This was the beginning of the end ! His replacement Rutger was an alright
bass player, but with him an WJ in the band, things had changed. Maybe having 2
sxe guys in the band was upsetting the cloud of green smoke that filled up our
rehearsal room :) Roy and Sanne had asked me to join them in a side project called
ALL TENSED UP, and there we found the thing that was missing from B.S.E. Roy
and me talked for 3 minutes and declared B.S.E. dead. After B.S.E. was dead and
gone, Richard of UPS Records released  the Under Control Session as a split ep with
PCP.  B.S.E. was very fun to do, and doing a shitload of shows with some of our
favorite bands like the allmighty HARD TO SWALLOW,MIHOEN!, AMDI
PETERSENS ARME, INSULT, JOHN HOLMES, and many more ! Was
something i never forget ! A huge thanks goes out to Mike for making these two cd's
reality ! 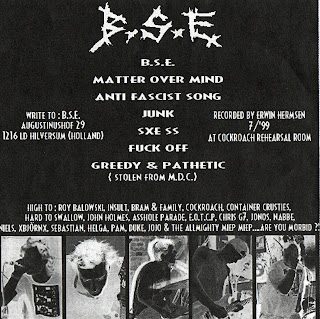 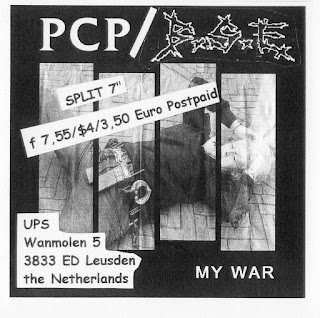 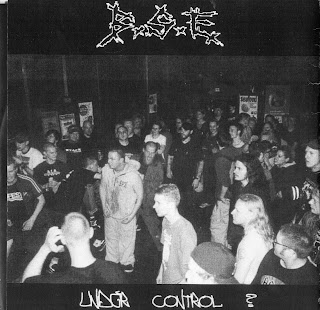 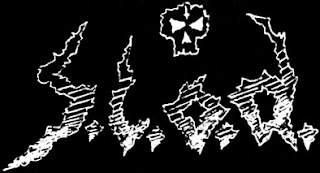 Seriously fast and furious speed/death
metal from the mid 80's. Very obscure band,
not sure if they ever released anything else.
Ragingly fast and evil, bang your head at atomic
speed !!!!! 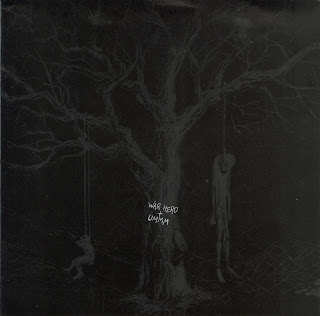 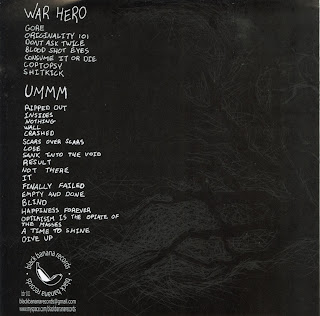 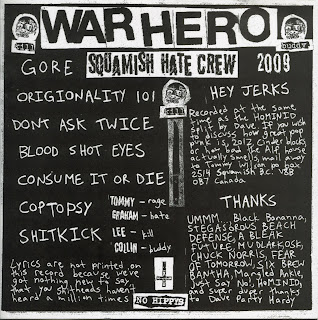 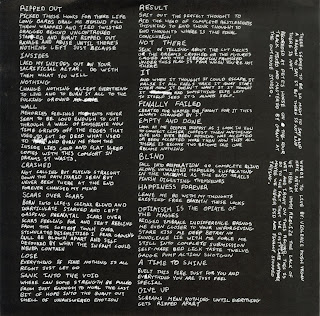 This split was sent to me by my good friend Allenfastcore from
Sonidos Rabiosos blog in Brazil (sent as 2 tracks, Side A and Side
B). War Hero side was easy, but splitting those Ummm tracks was a
definite challenge ! Extremely short, fast and very angry songs by
Ummm ! Pretty much short, fast and angry as well from Canadian
PV veterans War Hero, but maybe just a little less angry then Ummm
on this split :)

Posted by OLDSCHOOLMIKE at 5:25 PM No comments: 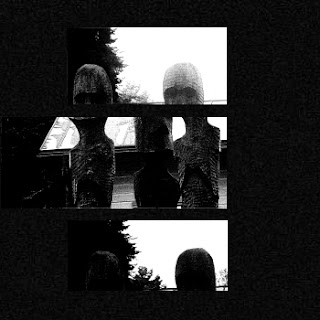 Some of my favorite dudes in the world, my buds from the now
defunct Ultimate Blowup have resurfaced with a new band.
Ultimate Blowup was on my compilation with Spastic Fantastic
Records a couple years back, Thrash Up My Ass! When I first heard
them, I was blown away with their insanely creative powerviolence
stylings. I contacted them for the comp after hearing their Demo,
and they replied quickly. Very very cool  dudes, probably the only
band in Turkey playing powerviolence today. I have a ton of respect for
these guys ! They are not just great dudes, but probably the best
powerviolence band in the last 10 years !
Neglected is their new band. Neglected's style is a litlle more
like Crossed Out, some slower stuff mixed in with raging fast
pv sounds.
I highly recommend this Demo, I love it ! So please support my Bro's
and download this awesome new release ! Neglected totally rule !!!!!


Posted by OLDSCHOOLMIKE at 2:31 PM 4 comments: 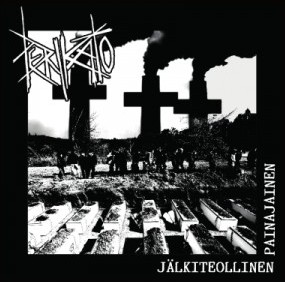 Just found out about this band a couple days ago, and
holy shit do they rule !!!!! Downloaded this extremely
great gem as 2 tracks, Side A & Side B. Came with a
track list, which made it alot easier on my brain. Anyway,
these dudes hail from Finland, and put out a sound of
pummeling hardcore mixed with elements of crust and
fastcore. This band blows me away, might even go as far
as saying this is possibly #1 in my top 10 current releases !
This one is a must folks !!!!! You won't be disappointed !
01 Otan Vastaan Kaaoksen
02 Jalkiteollinen Painajainen
03 Varman Tuhon Merkit
04 Oikeus Kuluttaa
05 Vaajaamaton Kuolema
06 Perikato
07 Aanestaja
08 Aika Karsia
09 Sodan Kauhu (Kirous)
10 Mattopommitus
http://www.mediafire.com/?590fxmo5923ax7m

Posted by OLDSCHOOLMIKE at 11:05 PM 5 comments: 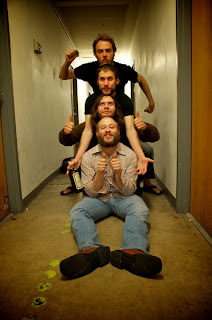 My good bud from Brain Tumors sent me this Live set to
do my magic to. Found out about these dudes when they first
emerged on the scene. Met the singer after they put out their
Demo, he was downloading from me on the music program i'm
on. These dudes hail from Minniapolis, Minnesota, and have been
tearing up the scene (and many stages) for the last couple years !
They have releases on Fashionable Idiots, Deranged Records,
and the fucked up label that ripped off Brain Tumors, Dead Beat
Records. Dead Beat Records sucks, if any upcoming bands are
considering releasing anything on this label, please don't !!!!!
Anyhow, this is a really good radio recording with interview
included. If you haven't checked out Brain Tumors yet, where
have you been ? Theses guys just keep getting better, i'm sure
we'll be hearing more great stuff by them soon ! Download,
press play, no more need be said !!!!! Except, Brain Tumors rule !!!!!