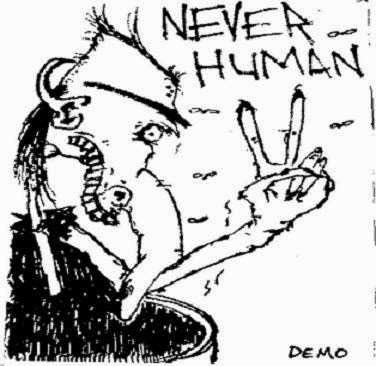 Alright, this one was sent to me by my good bud Cody from
Halifax. He's in, and has been in a ton of bands from up there
in The Great White North, including: Envision, Word On The
Street, Castle Wolfenstein, Abject Pax, Bricks, Concrete
Asylum, Negative Rage, Negative Circles, Grump, Life Chain,
and probably a few more bands I can't remember at the moment :)

This is his new band Never Human, who are a combination of fast,
distorted and brutal sounding hardcore, mixed with some crust
elements, and who absolutely rip, love this Demo !!!!!
Never Human also has Ben from from Concrete Asylum, Abject Pax,
and Life Chain, Jono from Bricks, Reckoning Force (Newfoundland),
Not Friends (Newfoundland), and Dex from Acousma, Barlow, and a
host other bands.
Demo was recorded by Luke Mumford, who records and has recorded
most of the bands that have come out of the Halifax area for quite some
time now. Luke has also appeared in such bands as Genetic Angry,
Grump, and Negative Rage.
So all in all, an all-star cast of characters from the great Maritime region
of Nova Scotia, New Brunswick, and Newfoundland !
Not sure this Demo has actually been released yet, but i've been given
the word to spread it around to the world.
Never Human are brand new, and totally rule !!!!!
So grab this Demo ASAP, it's a must for all people that love and are
dedicated to hardcore and the scenes around them !!!!!

Posted by OLDSCHOOLMIKE at 11:12 PM 2 comments: 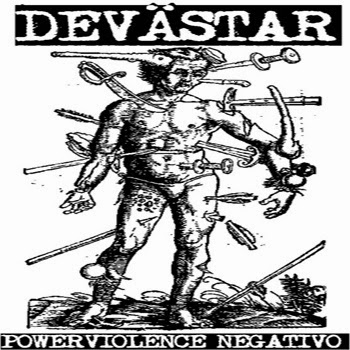 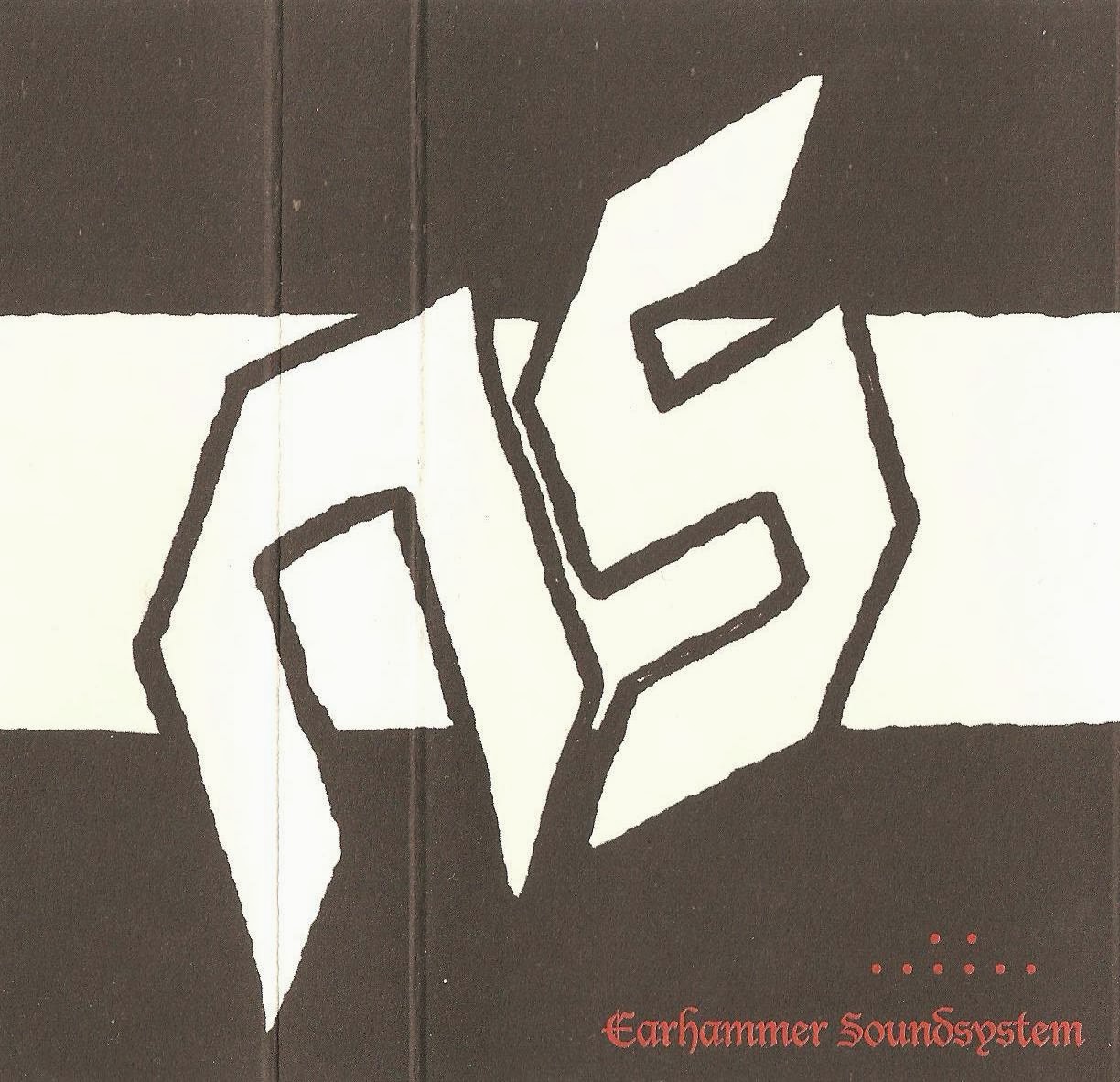 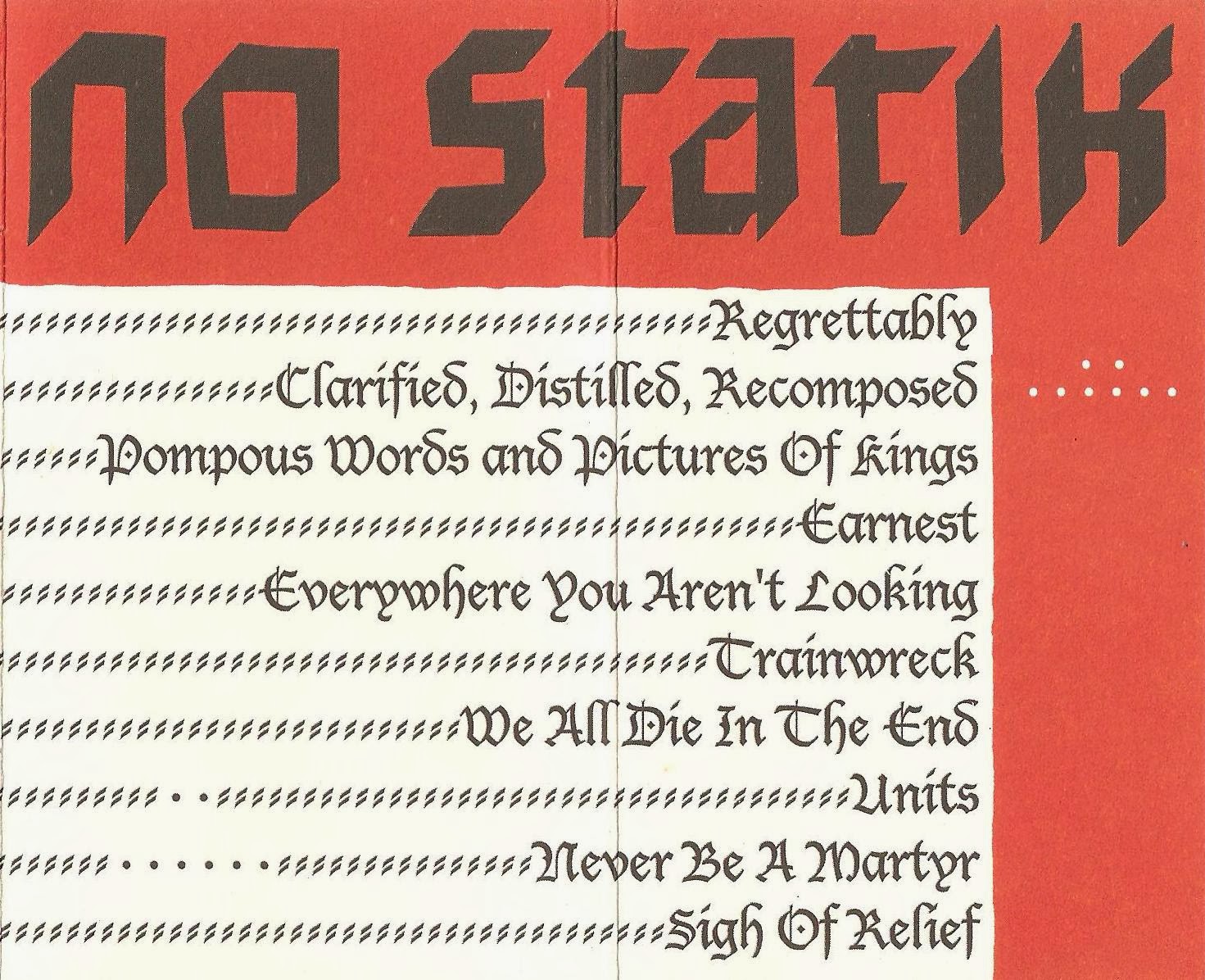 Alright, first post of the New Year, and a damn good one !
Found this one on:
http://cutnpasteyoface.blogspot.com/2012/06/no-statik.html
Good blog ! They've posted stuff from my blog from time to time
as well.
Anyhow, this was released last year on cassette, and it's all remixed
songs from Everywhere You Aren't Looking lp, and Never Be A
Martyr ep. Different and killer versions of each song, done in brutal
and fun ways !
Loved No Statik since they started a few years back ! Epic good band
featuring members of WxHxNx, Look Back and Laugh, and featuring
Michelle Koger from Scrotum Grinder on vocals.
Everything they put out is awesome, always look forward to hearing
new stuff by them !
Anyway, grab this one, you definitely won't be disappointed !

01 Regrettably
02 Clarified, Distilled, Recomposed
03 Pompous Words and Pictures of Kings
04 Earnest
05 Everywhere You Aren't Looking
06 Trainwreck
07 We All Die In The End
08 Units
09 Never Be A Martyr
10 Sigh of Relief

Posted by OLDSCHOOLMIKE at 12:39 PM 2 comments:

It's been a while since I posted anything, blogs seem a little slow these days and uninspired.
So it's time to get the hardcore spirit back, it's 2014, and time to slam our way through the
New Year ! So get up and start some action, or get steamrolled in the pit ! Hahaha
But seriously, it's time to pick up the hardcore spirit that we all know and love !
Tonight i'm starting as DJ on a worldwide radio show: http://www.coreofdestructionradio.com/
Anyone and everyone can tune in, and all are welcome ! I'll get all the details a little later, but
i'll be on Saturday nights from either 6:00-8:00pm, or 8:00-10:00pm, so be on the lookout
for my new show ! I wish everyone the best in 2014 ! And I plan to post alot more this year,
so keep up to date with the blog, and i'll have some epic great stuff for you this year !!!!!