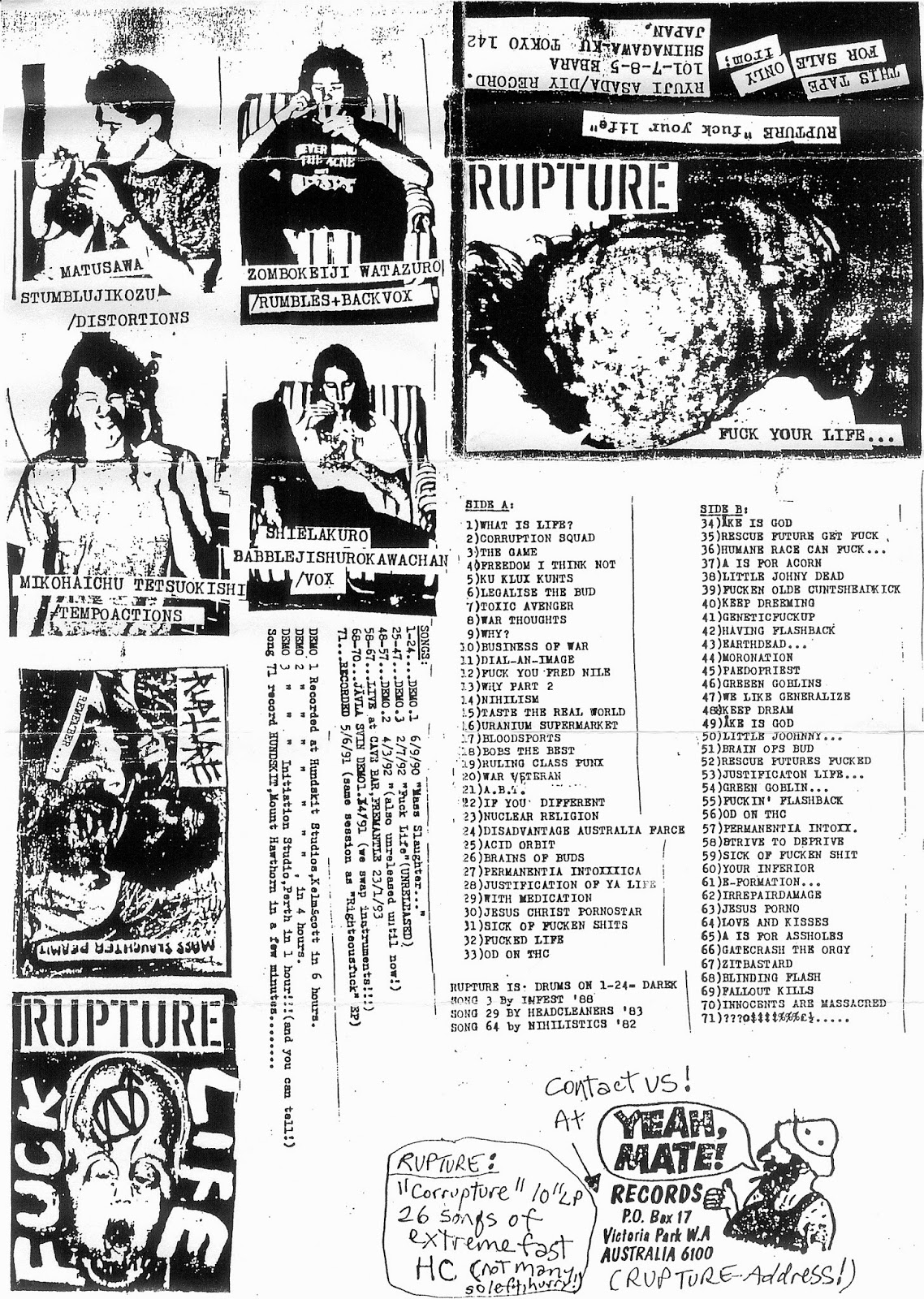 I recieved this tape as 2 tracks (Side A & Side B) from Gen, who
was in the band Ruido. This rare tape, as well as another i'm about to put
up next, were ripped by Zach from xBrainiax. 71 tracks of compiled
recordings that Rupture released as a tape in 93'. Needless to say, took a
while to split and edit properly, but well worth it if you're a fan of Rupture !
Track list included in download. This was posted on Velha Escola Nova
Escola blog a few months back, but without my knowledge, dude
downloaded it from my personal files.

Posted by OLDSCHOOLMIKE at 11:40 AM